Have you ever gotten a pattern that asks you to crochet the foundation single crochet (Fsc)? I know the first time I came across it, I had to look up a tutorial. And, because I’m starting to use this fabulous technique in my patterns, I’ve made a tutorial just for you so you don’t have to go searching for it!

About the Foundation Single Crochet

Keep in mind that this method can also be used for half double crochet, double crochet and so on. This tutorial just provides instructions for the single crochet version.

When it’s appropriate, beginning a project with the foundation single crochet provides a number of advantages.

As with any technique, there are some ways that Fsc can add work rather than save time. Knowing the disadvantages helps but don’t let it keep you from learning this useful technique.

How to Foundation Single Crochet

I have two ways you can learn to foundation single crochet. Following is a step by step photo tutorial.

If you prefer video tutorials, scroll down 👇

Step 2: Insert hook in the 2nd chain from the hook. Yarn over and pull up a loop (2 loops on the hook).

Step 3: Insert hook in the left hand loop only, yarn over and pull up a loop. This step makes the chain portion of the Fsc. Hot tip: Place a marker in the loop just made to identify the chain stitch.

Step 4: Yarn over and pull through both loops on the hook. This completes the single crochet portion of the Fsc and also completes the first stitch in the row.

Step 5 & 6: Now we move on to the next stitch in the row. Insert the hook in the chain of the previous stitch (where you may have placed the optional marker in step 3). Yarn over and pull up a loop.

Step 7: Insert hook in the left hand loop only, yarn over and pull up a loop (Chain made). This is the same as step 3 above.

Step 8: Yarn over and pull through both loops on the hook. This is the same as step 4 above and completes the second Fsc.

Repeat steps 5-8 until you have the required number of Fsc.

This site uses Akismet to reduce spam. Learn how your comment data is processed.

Welcome to the home of MadameStitch! If you're busy, and love to crochet, this is the place to find designs that are simple yet fashionable. You'll find everything from wardrobe accessories to household items.

Where to find me

Want to get all the latest news from MadameStitch?

Sign up for the newsletter and never miss a thing! 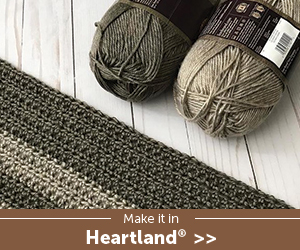